Last week, I spent all week at Mayo Clinic helping a friend of mine staying there who was beginning her chemotherapy and radiation treatments.

What a fabulous place full of caring people! (More on this later on another blogpost).

While there, I stayed at Hope Lodge, which is a place for cancer patients and their caregivers to stay while they go through weeks of treatments.

I thought: "What better people could I pick than three of these wonderful, brave patients to become judges for my photography contest?"

So I asked three and they were happy and thrilled to be able to do this for me and all of you!

I took them all separately, one at a time, into the room with a computer to look slowly at each and every one of the 11 entries. I stayed silent while they looked, saying nothing and giving no facial expressions to their comments.

Then I asked them to look at all of them a second time and to name their FIRST choice, which they each did. I told them not to talk to the other judges until after I showed all three and they all had the chance to pick their number one photo out.

Then, I asked them if they had to choose a second choice for a picture, which one would it be.

And they told me while they were alone with me. Again, I told them NOT to tell the other judges until we all got together again.

They were excited to do this for you.

They smiled (maybe for the first time in a few weeks) and it gave them something fun to do other than to think about their situation, their horrible cancers, their sadness.

They enjoyed it.
You can be proud of making their day and giving them joy by your beautiful photos.

Of the three judges' picks...here's how it went down:
TWO of them picked the SAME photo as the winner. 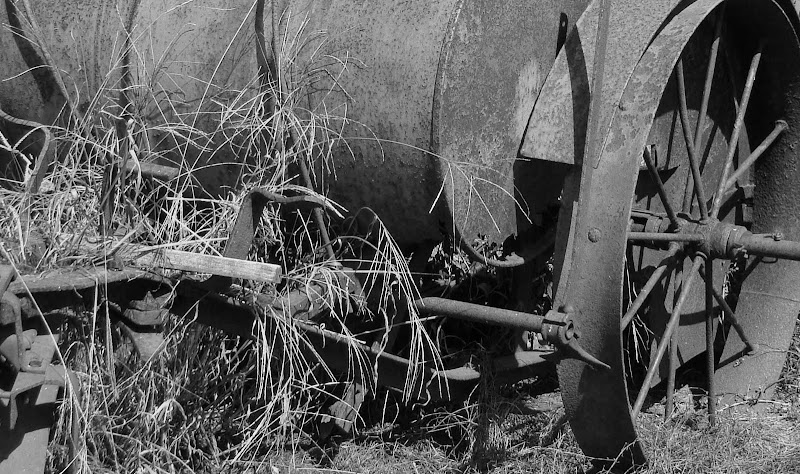 Her blog is called: "A Parent's Life to Behold, Through the Eyes of Insanity and Bliss."

As the winner, Kim will receive a widget button that states she is the Jan. 2010 Photography Contest Winner to display on her blog, and she will automatically be put in the contest as an entry trying for the 2010 winner of the year, (as will all the upcoming monthly contest winners). Because I am NOT good at creating my own button, I have contacted another blogger to do this for me..so it will be a few days before I get it to Kim to put on her blog. But as soon as I get it, she will get it!!

Kim will also get a certificate in the mail showing that she won the photography contest (if she desires to have one from me). She can enter future contests, as all the monthly winners can also try each and every month to win again.

Oh, and the SECOND place winner (which has no prizes to go with it, but an Atta Girl!) was the picture of the chains (click HERE to see the blogpost with it in it) by Judy/SquirrelQueen.

And the third favorite of the judges (which also has no prize to go with it, but gets another ATTA Girl!) was the lantern (click HERE to see the blogpost with it in it) by Jientje.

Once again, I would like to thank every ONE of you that entered the contest...and encourage you to keep entering photos for each month. We love your photos and it is such fun to see what everyone enters.
Posted by The Retired One at 8:00 AM

I love this, Joan. I hope the judges (and your dear friend) are doing well at Mayo.

woooo congrats on the winner. i bet you made their day letting them pick too. and what a wonderful friend you are...

Congratulations to the winner! Much deserved!

Lynn: Yes, me too..the people I met at Hope Lodge were quite an inspiration to me.

Brian: they made a wonderful choice on the winner...but I loved all of the entries, too.

Jientje: Thanks Jientje,I loved your photo too...and if you will notice,so did the judges!

Congrats to the winners.

That's my favorite, too!

Wooohooo! Thank you! So honored to be picked among such great entries!! :)

Congratulations to all who entered and to those who won, also to those wonderful judges. What a great idea to have them Joan, I love it. I do love the photo they chose as well, I loved most of the photos, it would of been hard to choose........you are a true friend Joan, a special place in heaven for you my friend....:-) Hugs

It was my favorite too. It was a lot of fun to enter and I am already thinking and planning on my next entry. The cockatiel was flying loose today but I didn't have time to get that critter's picture as I had to get im back into his cage.
Thanks for doing the contest as it has to be a lot of work.

I agree with your friends. I loved this one and the front of the old tractor one. I wish your friend the very best Joan. It's not going to be easy.

Congratulations to the winners.

What a nice contest. The photographs were wonderful. And I'm glad you were able to have such special judges making the choices. It was interesting that they all focused in on the same ones!

I hope that your friend does well with her treatments at Mayo...she couldn't be at a better place.

Would have been my choice. Prayers to your friend and all the patients at Mayo.

Grannyann: Yes, indeed! And to anyone who entered...they all are great pictures!

Eva: It is so nice to have folks validate what the judges picked.

Betsy: yes, it was. I was so impressed by everyone's entries, and I can't wait for this month's entries. I already have one entered for Critter Closeups! Yay!

Insanity: You did a wonderful job, Kim! Can't wait to see what you enter this month too!

Bernie: This has been so much fun for me too, Bernie. There is nothing more fun than seeing what creativity there is out there and for the fun it provides to my blogger friends. I hope you consider entering this month....it will be so much fun to see what you might enter!

L.D.: I would LOVE it if you would enter this month...so catch that Cockatiel or whatever other critter you might see!! It is some work for me,but also a LOT of fun to see what folks enter for the theme.

Ginnymo: So glad you validate what the judges chose....My friend is hanging in there...she is very positive. She is determined to get past this and get back to living and has lots of friends that love and support her.

Loree: I am so proud of all of them!

RNSane: isn't Mayo's a remarkable place? I was SO impressed by the staff, the coordination, the team approach, the buildings...just everything. If I ever have a major health problem, I want to go there.

Gaston: So many people validated the winning photo that the judges chose, which is great! Thanks for the prayers to my friend. She is tough and will make it through this, I just know it.

I am a liveSTRONG advocate and I am a member of Spirit Jump and would love to help your read out. I am came to your blog to say hello and check it out and now am writing that because I would love to help her. Anyhow--I like your blog and I am your newest follower. I do hope you will come by and follow back if you would like. I love meeting new bloggy friend. Juliana from A Blonde Walks Into A Blog

Julianna: Welcome aboard to my blog! I am SO glad you found it and like it! My friend is hanging in there...she has radiation until Feb. 19th and has her third chemo that week. We will see what they recommend for her treatment after that. She has a loving, determined spirit and will fight this to the best of her ability, I know she will succeed. I will check out your blog later today or tomorrow. Thanks so much for following it, you MADE my day!!

Congratulations to Kim, I absolutely loved her gorgeous monochrome photo.

And a thank you to the judges for giving me second.

Joan, it was wonderful of you think of the patients as judges. A few smiles can go a long way.

SquirrelQueen: It was fabulous, wasn't it? Yours was wonderful, too...I am SO glad I wasn't a judge, because seriously, I would have a very, very hard time chosing only one winner each month.