1. 315 entries in Webster's 1996 Dictionary were misspelled.
(Who could prove that, with no correct dictionary to check?)

2. During the chariot scene in 'Ben Hur' a small red car can be seen in the distance. (Crap, now I gotta watch the whole 3+ hour movie and search for it!) 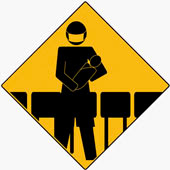 3. On average, 12 newborns will be given to the wrong parents daily.
(Parents of ugly babies also pay the hospital to do this. So, the stats. are probably incorrect, because they didn't factor this in.)

4. John Wilkes Booth's brother once saved the life of Abraham Lincoln's son.
(Now, how is THAT for Karma?)

5. Warren Beatty and Shirley MacLaine are brother and sister.
(God, didn't they date once? EWWwwwwww)

6. Chocolate kills dogs! Chocolate affects a dog's heart and nervous system. A few ounces is enough to kill a small sized dog.
(Please remember this at Easter, folks. And, all those men you date that are dogs? Well, go ahead and test the theory. What have you got to lose?) 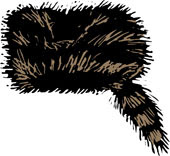 7. Daniel Boone detested coonskin caps.
(I KNEW he was a Vegan.) (Or he was gay and into fashion?)(He preferred a different kind of tail).


8. Playing cards were issued to British pilots in WWII. If they were captured, the cards could be soaked in water and unfolded to reveal a map for escape.
(I know. I bet their favorite game was "War"? Or maybe "Go fish?"...or if thrown into solitary confinement: "Solitaire"? ) 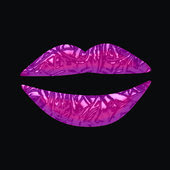 9. Most lipstick contains fish scales.
(You know how a fish moves his lips into a pucker?...puts a whole new meaning to "pucker up"!)

10. Dr. Seuss actually pronounced Seuss such that it sounded like Sue-ice.
(Oh, wasn't he just full of himself. La-Tee-Dah !!! Yeah, and Green Eggs and Ham" was really supposed to be pronounced: Green-ice Egg-ice and Ham-ice). 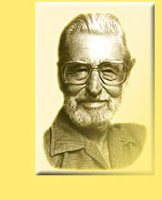 Email ThisBlogThis!Share to TwitterShare to FacebookShare to Pinterest
Labels: funny trivia and comments

I like #6 but I'm out of the dating pool. I'll have to remember this if that ever changes. ; )

Interesting stuff! I've actually heard some of these before, even the lipstick one. I also heard that the red color in most food, which includes things like pop and candy, comes from a South American beetle. That's maybe not 100% accurate, but it's pretty close.

Ratty: Eeewwww..from beetles? Now that would help with all the dieters out there.

Loree: They do sometimes taste bad don't they? But I still like lipstick!

Always knew Shirly and Warren were siblings and they never dated, who told you that?

Gaston: Was just kidding. But who knows...this could have been written in the Enquirer!!!

I love trivia. thanks for sharing.

@7, I think he was gay and he wants a longer tail LOL

Ah, the lipstick/fish scales thing explains why when I layer on the lippy then go fishing I get approached by carp and asked out on a date. I was wondering why.

I agree with Gaston Studio. I think both Warren and Shirley were too busy doing - er, DATING other people to mess with each other. They are certainly unique in their own rights, and just goes to show you that we cannot pick our family members! (No, that was NOT intended as a slam, just an observation on the Beatty/MacLaine family.)

Jessica: It was a JOKE, Gaston and Jessica...a JOKE. (Boy, guess I won't joke around about incest anymore. It just isn't funny!) ha