1. Ketchup was sold in the 1830s as medicine. (I think my husband still thinks it is medicine. He puts it on spaghetti. Yeah, I know. Its gross!) 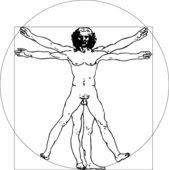 3. During the California Gold Rush of 1849 miners sent their laundry to Honolulu for washing and pressing. Due to the high costs in California during these years it was deemed more feasible to send the shirts to Hawaii for servicing. (Yeah, right. I think at work, we should come up with some excuse to be the deliverer for them....go to Hawaii to pick up a Bic Pen, for instance).

4. American Airlines saved $40,000 in 1987 by eliminating one olive from each salad served in first class. (I don't even like olives. And, now they are eliminating ANY food and charging us for an extra suitcase. So THIS is where it all started!)

5. The number of possible ways of playing the first four moves per side in a game of chess is 318,979,564,000. (I wouldn't know. I got so frustrated once when my husband tried to teach me how to play chess that I started crying. He never brought it up again).

6. Upper and lower case letters are named 'upper' and 'lower', because in the time when all original print had to be set in individual letters, the 'upper case' letters were stored in the case on top of the case that stored the smaller, 'lower case' letters. The proper term for upper case letters is "majuscule" and for lower case it's "minuscule". (Who knew? So now I gotta rearrange my underwear drawer. It isn't under anything!)

7. The printing industry gives us other popular phrases, such as "mind your 'p's and 'q's." The moveable block type had the letters in reverse so they would read correctly when imprinted on paper. Apprentices had to remove the type from the pages and return the blocks to their upper and lower cases. Each drawer in the case held a different size of letters, and each drawer was divided into compartments (called sorts) for each letter. The letters 'p' and 'q' could easily be mistaken, so the master printer would advise their apprentices to mind their 'p's and 'q's. (What is with the drawer fetish the publishers had. For God's sake, did they know Martha Stewart? Or watch HGTV???)

8. When the master printer was building a page and discovered that a particular sort was empty, he would get angry. Thus the term "out of sorts". (I have a few former bosses that fit that description. (Other than ASS that is)). 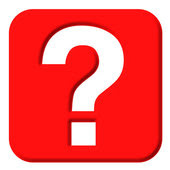 question mark came from a monk habit of writing the Latin word for question, quo, at the end of sentences. Over time, the letters were written vertically to save space and morphed into the ? we write today. Similarly, the exclamation point came from the Latin word "Lo", meaning something important that should be heeded. (Lo and behold...) (We are lucky that it was a monk and that he didn't draw something related to profanity. I mean, it had to be a shitload of work to write all that handwritten fancy calligraphy!)

It's so funny how we all just love this useless stuff, isn't it? I could read them for hours and have a collection of them somewhere in the file cabinet in my garage!! Have a happy Easter.

I'm back! Do you know how I can get the Google ads off my blog? On my layout, it doesn't even show they are there and no matter what I do, they won't go away. Thanks.

These may be useless but very interesting. I love this volume 3.

Great list! I am just itching to know where your underwear are now! Especially the lingerie, lo, is it under the bed, quo.

Love the one about ketchup! That would go over very well at our house. We call our son Mr. Condiment because he slathers ketchup on EVERYTHING...no wonder he's the healthiest of us all, even if he's gone through cancer!!

Gaston: That would be really neat to see them set up by hand!

Polly: Yes, they are interesting. What ads? I never have any popping up on my blog?! What are you getting?

Rainfield61: Thanks! I have some more editions coming...I will probably post one every weekend, until I run out!

Insanity: I just gave them all away to charity. It was just too stressful. Now Commando is the way to go!

Mary: yes,it seems like ketchup lovers are not just light users...they put it on a LOT of foods.
I used to like it, but I rarely use in on anything but french fries anymore!

That is awesome!!!!! I cry when I try to play chess too and ketchup on spaghetti..EWWWWWW!

Regarding #7: My man told me that it stood for 'mind your pints and quarts'. Now I can make fun of him for getting it wrong. ; )

JJ: I am so glad I gave you the chance to make fun of someone! ha

I like the one about the question mark, and exclamation point. I wonder if there are similarly strange stories for many other symbols too? I know there is one for the $dollar sign, but, of course, I can't remember it.

Ratty: I don't know how the dollar sign was invented either!

and by the way, I have seen your log house in one of your entry and it was so beautiful :)

Now those are some interesting trivia. I love trivia.

I love pieces of info like these!
Re: ketchup - I have a friend who puts it on everything, even soup! And btw, here in the Philippines, the local version of spaghetti uses ketchup in the sauce :P (Don't worry, if you ever come to visit, I don't use ketchup in my spaghetti.)

Pehpot: My husband would feed at home there! Thanks for the compliment on my home..we love it too!

Grannyann: I will have more next weekend! :-D

Dreamwalker: In soup? Now that is something I have never heard of! Is he/she healthy??? ha

I love the trivia, you always learn something new every day
I tagged you the 8 tag:)
Have a great day
Sara

Loree: thanks! I have more coming...

Sara: I saw that.Thanks so much..I will get to it this week some time. I left a comment on your blog.