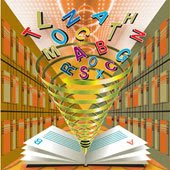 For those of you that have just recently joined my blog as a reader, every now and then I do a post about those ridiculous (made-up) passwords one has to type in when you leave a comment on someone's blog.

Anyway, a while back, I though that it might be funny if I could make up actual (equally stupid, but hopefully funny) definitions for those passwords.

So I used the REAL, actual passwords that I had to type in and made my own dictionary to interpret possible meanings for those silly words. Because of the great feedback I got from my readers, now I keep track of the actual made-up passwords forced upon me when I want to leave a comment on someone's blog,--- save them up, and then regularly post my own definitions of them every few weeks.

So here are the TOP TEN actual passwords (and my definitions) for this week:

1. Beardiz: Like, in "my post-menopausal beardiz completely gross". Or, when a wife and a husband are eating spaghetti and she leans over and says: Hey, your beardiz full of spaghetti sauce, use your napkin for God's sake!"

2. Prozato: A new potato chip soon to be sold by the Lay's company. It is made of potatoes and Prozac. (Bet you can't eat just one!!....well, who the hell cares???) And, you won't care who calls you a dip. You will naturally assume they are talking about that creamy stuff you are dipping your prozato in!

4. Disis: As in: disis the stupidest word to have to type in to leave a comment on someone's blog.

6. womics: This is obviously a comic about a woman. Probably Wonder Woman.

7. ninsfur: This is the fur of a nincompoop. Sometimes seen in Washington D.C. after a fight over the budget or after Congress hears about AIG bonuses.

8. Youster: What the Godfather says to you....you gangsta. Also can mean: Ten years ago, you youster look younger.

9. myotel: What the British say: "Hey Chap, are you driving me to my 'otel?" . This word can also mean: a hotel for weightlifters. (For those of you with no medical background: "myo" means mucscle).

10.quitere: What the French say you are if you don't want to play anymore. "Oh Mon Deux! You are a quitere!!! "You need a kick in the derriere!"

Stay tuned for more of my defintions as I have to type in these ridiculous made-up words!!!
Posted by The Retired One at 9:20 AM

Hilarious! Prozato is my favorite - I can think of a couple people who need to eat some - LOL!

I want some of those potato chips!!!!

Oops, I meant to add my word for you: merege

now I have this one too: nonide

I think they're already selling the Prozato in my area. By the looks of a lot of people I've met, they're pretty popular.

Shellmo: Yes, me too. Maybe we can slip them in with their meals. ha

Dreamwalker: I ate them all. Feelin' good!!

Brittany: I'll be like a crack dealer. I will give you the first handful for free. Then, the next two? $100 each.

Insanity Kim: Merege?: (Pronounced: May-ray-gay): When you eat lemon meringue pie and do the Merange dance!
Nonide?: When you have run out of Tide and you have a cold. I'b sorry..I'b no nide left to wash your white shirt! Ok, that one was lame, but it is a hard one!

Ratty: I'm coming to visit your area. hahaaa Maybe the geese are all eating Prozatos?

This could catch on. I will be looking at those strange passwords in a totally different light from now on. Very funny.

I love these! You are so creative. What I want to know it, why do they sometimes have squiggly lines running through the words so I can't even read them? Is it an eye test? An IQ test? What do you think, Retired One?

Fran: Yes, it gets addictive to start watching the words. Now I have people leaving me their words on their comments so I can use them later for more definitions. Fun!

Lesley: Thanks! Not all sites have those ones, at least they are sometimes REAL words, but you are right. Sometimes they are so squiggly that you can't even read them! Lately, those have also had money amounts, too! I flunk the eye tests alot and have to type in a whole new set of them! UGH!

LOL, these are your best. I like beardiz best. you are really good at this.

I came in to thank you for your wonderful comment on my blog regarding Purple Day.
You were very thoughtful and kind and I would be more than happy to add you to my favorites as well.
When I'm feeling better, I will come around and see what other goodies you have going on here, it looks like a lot of fun!
Hugs♥

Grannyann: Thanks!! It has been fun!

Michele, You are more than welcome. Thanks for joining my blog as a follower. I love having more followers!!!

Or Gutis as in a fairly unusual last name. We think it might have its origins in the German "gut" ... cheers Phil

Phil: Now, how is that for a coincidence??? Too funny!

I want Prozata! does it come with flavors too? LOL

Prozata: Yep. As long as it isn't GARLIC flavored! (For those of you reading these comments, go to newer posts and you will understand the reference).