Beware of Naked Boys with Poodles....

HART TOWNSHIP, Mich. (AP) — Police say a naked 14-year-old boy taking a walk with a large white poodle has assaulted a woman in Michigan.Sheriff's Lt. Craig Mast says the boy walked away from a behavioral treatment facility Monday. He was strolling unclothed in Hart Township with the dog when he encountered a 53-year-old woman in her yard.Mast says, "The young naked man approached her with this poodle, and she immediately realized something peculiar."They spoke briefly. When the woman took out a cell phone to call for help, the boy pushed her and fled with the phone, which he later broke in half.Deputies found the boy. He's charged in juvenile court with strong-arm robbery and assault.

Copyright 2009 The Associated Press. All rights reserved. This material may not be published, broadcast, rewritten or redistributed. Barrington Broadcasting is a member of the AP Network.

1. Let's go back to the line: "and she immediately noticed something peculiar." ---YA' THINK??? I mean, normally, naked fourteen year olds don't roam the neighborhood, much less with a poodle, no?

2. They charged the boy "with strong arm robbery" .

Ok, he did push her, and took her cellphone. Maybe he wanted to call for some clothes?

It must have been obvious that he was a troubled boy.

I think if I was her, I would have gone immediately into my house, locked the door and then called the police.

3. Where did he get the poodle?

5. Maybe the real criminal was the poodle!

Maybe he ate the boy's clothes and maybe the POODLE pushed the woman and stole the cellphone and broke it.

But if the boy says this to the police (in his defense), it isn't like they can ask the poodle if this is true, right?

And, do you think the police would believe the naked boy over the poodle's testimony? Woof! (That's right: WOOF!)


6. Thank goodness they said the poodle was LARGE.

It probably helped cover up a lot of the naked boy.

In fact, it probably covered up more of him than say, a bathing suit would.

So, if the poodle covered him up, was he really naked?

Maybe it was a new fashion statement.

Like a fur coat, only he left the critter keep its fur.

That is more humane, right? 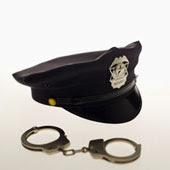 7. So, if it WAS the poodle who was the criminal?

Maybe the police had to go back and get another set of handcuffs (for the poodle's back legs).

I never liked them standard-sized poodles...

Must be warm in that part of Michigan, eh?

Maybe he was going to use to poodle to clothe himself...as in shear the poodle hair and sew himself up some pantaloons...not a bad idea. We own a poodle as well, and I've got some awesome sweaters now.

Insanity Kim: Ok, what did those poor standard-sized poodles ever do to YOU?? It is freezin'-ass COLD here in Michigan, so that kid must have had goosebumps!

Mary: hahaha...you said Pantaloons...now THAT is funny! I hope when you wear your sweaters, you don't have the urge to lift your leg everytinme you see a fire hydrant!

Interesting story and your explanation of what really happened must be 'ruffly' correct.

Why Poodle? Why Why Why??? I seriously hope these weird cases will happend here sometimes, I want some fun stuff happends here! And I wanna see that LARGE poodle for real!

Wow. Naked teen and a full size poodle. Sounds pretty creepy to me. Makes you wonder if that woman has any survival instinct, because the whole scenario is a little too Twilight Zone for comfort.

Lizzie: It was ruffly weird, alright!

Hippo: I see some weird stuff in our local news, but I haven't been lucky enough to see any of them either! I gotta get out more!

Maniacal: Creepy, for sure. Twilight Zone: I remember those shows! My favorite was the one where the girl feels is really ugly because of her pig-like nose... so she undergoes plastic surgery, and they show her all beautiful. But, the surgeons can hardly look at her because they are so disgusted with the results...then the camera shows the surgeons take off all their masks and they all have pig noses! Remember that one?

3. Where did he get the poodle?

I was wondering the same thing...but what I really want to know is how long was he "naked with the poodle" before he got a woman involved? lol!

I think I do! I watched it alot as a kid. They had some really good ones.

Not funny Retired One. The story was strange enough but the explanation was a gut buster. I am still laughing and I just ate. Yiks

JJ: That is a good question! But, he must lead a dog's life. hahabwahahahaaaaa

Maniacal: Yes, they did! Sometimes I watch them on the oldies TV channel.

Carol: Sorry for the indigestion! (Hope it wasn't like my garlic incident) (If you didn't read that older post, you may want to go to Just Say No prompt in my Blog Archives!)

I think the boy wandered off from a nudist colony and got lost. The poodle didn't know where he was either so he didn't even bark. It wasn't his fault he got lost.

Grannyann: Now that is a possibility! But our climate is so cold in Michigan, he picked the wrong state to be a nudist, then! Even the dog would need clothes on. So THAT's it...it was the DOG who was using the BOY to cover up with! Why didn't I think of that before?

We shall continue to hear perculiar happenings as long as we are long life enough in this planet.

I never thought I would see those items in a sentence - Naked boy and a poodle. Poor poodle I say!!

Rainfield: That is the truth! I will be posting more on my blog too! Because truth is stranger than fiction,and most times,funnier too!

Shellmo: You never know, right? I feel sorry for the poodle, too. I hope it went home, had a cigarette, a whiskey and a good long shower. ha
(Well, maybe NOT the cigarette,that would be too harmful to him!)

I wonder if they caught the poodle too, or just the boy. And did he find any clothes yet? You know, I mean the boy, not the poodle.

I think the poodle was the victim here. Considering the fact that it was a large poodle, he must have been eye level with the kid's....well, distinguishing anatomy. Could have poked his eye out!

"The young naked man approached her with this poodle, and she immediately realized something peculiar." ---> YOU THINK??? Lol... this is nuts.

LOL, for your explanation. If it had been me, I'd have grabbed the poodle away from him, ran inside and called the police. I'm sure the poodle was totally innocent.

Ratty: I wonder too. About the boy and the poodle!

Gaston: Poor puppy!!!! He was having a bad day!

You know, it's a good thing you explained he actually had a poodle with him, because the sentence "naked boy with poodle" could be construed in another way...

Kearsie: Now you get your mind out of the gutter, you pervert you! (Of course, I thought of that too..and I went for the sensationalism of it all, anyway). I should work for the Enquirer, no?