Here are some more Useless Facts and Trivia for you! (And MY COMMENTS in bold italics!)

Mosquito repellents don't repel. They hide you. The spray blocks the mosquito's sensors so they don't know you're there. Also, the powder on the bark of a quaking aspen tree works as a mosquito repellent. (So, they don't see the giant that is making the big swatting gestures and swearing?...that would be me.)

2. Wild plants that are edible:

--Dogwood berries, but not the plant

--The inside bark of a cottonwood tree (Inside Bark? What does THAT mean? You gotta peel the bark?)

--The white inside part of a cattail (tastes good! Sort of like a really mild cucumber.) (Yeah, right...and my armpit hair tastes like coconut!)

--Watercress (sold as a delicacy in restaurants, it tastes like a really spicy radish) (It figures, I hate radishes!)

--Poplar bark (That is poplar, not POPULAR)

--Anise (Very good, if you like black licorice!) (Remember when you were in grade school and when they said anise you thought they said ANUS and giggled uncontrollably? Do you STILL want to try anise, now?) 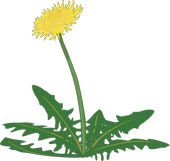 --Dandelions. The leaves make a great salad, and the roots can be roasted and ground into something kind of like coffee. (I don't know about coffee but it makes a heck of a wine....dandelion wine tastes like whiskey, and it is STRONG. I know, I had the headache to prove it once!)


--Any kind of mint, which is recognizable from the smell (This would not help ME, because I hate all of the mints. This proves difficult in picking out toothpastes. I get vanilla scented Crest.)

--Thistle (Scrape the thorns off! Eat the leaf or the inside of the blossom.) (Yeah, right. I will leave this up to my Pine Siskin birds, thank you very much.)

--Quaking aspen leaves, but they aren't exactly for eating. Make a tea of them to kill minor headaches because they contain salicylic (sic?) acid, the active ingredient of aspirin. (I think I will just deal with the childproof capped Bayer. Except that it gives me another headache trying to get the damn caps off).

--Some berries, including strawberries, raspberries, chokecherries (too much pit to be worth it), currants (TART!), serviceberries, gooseberries (green and stripy and TART!), purple elderberries (red ones are poisonous), etc. Don't eat sumac berries, they are poisonous! (Of course strawberries and raspberries are edible! Who IS this person who wrote this article that I totally, allegedly stole? Does he live in a cave not to know that strawberries and raspberries are EDIBLE??? And, they make great jellies and jams out of those others too!)

--Clover. Not sure how that tastes. (Ask the bees, silly!)

3. Wild plants that are poisonous! :
--Nightshade, recognizable by its purple and yellow flower (how can you see the color if its in the nightshade? I would be munching in the dark and then they'd find me slumped over in the morning).

--The wild rose plant, not the hips (again with the hips! The guy that wrote the article that I totally allegedly stole has a thing for hips!)

--Most mushrooms. (Does Pizza Hut know this?)

--RED elderberries. Purple ones are okay. (So all the dead people you find in the woods were evidently, colorblind).

4. Dentists have recommended that a toothbrush be kept at least 6 feet away from a toilet to avoid airborne particles resulting from the flush. (Oh, Lord. Now I gotta put my toothbrush in the living room! Thanks, thanks alot.)

5. The liquid inside young coconuts can be used as substitute for blood plasma. (I never saw HOUSE do this, did you? Not even McGyver did this! How do we know this? Did someone survive after getting an IV full of coconut liquid instead of plasma? And whose idea was THAT?)

6. No piece of paper can be folded in half consecutively more than 7 times (doubling factor... you end up folding 27 == 128 sheets of paper). (Someone who tested this needs a life!) 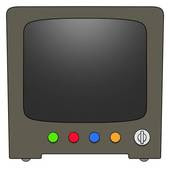 7. One in every 4 Americans has appeared on television. (Does it count if you didn't mean to hold up that bank and get on TV?)

9. Oak trees do not produce acorns until they are fifty years of age or older. (How do they know when they turn 50? Is it like when you turn around 50 and hit menopause ? Then your ovaries no longer function as well? Maybe the acorns are like the oak trees' ovaries...no longer good? So they just drop them on the ground!? )

This was a delight as always.

OMG Joan, I am trying to stop laughing to write my comment. I hope no one is outside my window, they will have me checked into the clinic for evaluation......Thanks so much for the belly laughs...:-) Hugs

A prickly pear grows on a cactus plant and if you're brave enough to remove the prickly skin, you end up with a very sweet and totally edible fruit even if it is full of seeds. You can make a great liquor out of them too.

Chickamom: Thanks! Hope you survived your salad.

Bernie: Glad you liked this week's trivia and that it gave you a few smiles!

Loree: Oh, no wonder I didn't know what it was....I live in the "arctics"..no cactus anywhere near here! (And even though I have done a lot of traveling, I have never gone to any of the desert states!) Sounds like a painful way to get liquor. ha

Actually I like watercress and put wild dandelions in salads a lot! Love your personal comments!!1

Not totally useless. I love this kinda stuff!

Gaston: You must be thin. That is why I am fluffy...I don't even like most REGULAR vegetables. ha

I've heard of dandelion being used for salads but I don't know if I can eat that...

#4- Actually, according to Myth Busters, there's poo EVERYWHERE in your home. Just sayin.

#10- funny story- in high school the vending machine that had Wrigley's Spearmint Gum was under the selection of H0. So I called it "Ho gum". I still call Wrigley's Ho gum.

Good morning! Just discovered your blog and enjoyed reading the latest post, thanks!

Dreamwalker: don't try it on my word...although others say they do eat it.

Kearsie: Ho Gum. That is funny! I never would even try Wrigleys gum..you know, my hating mint thing...I don't even like the smell of it on someone else's breath. Don't know why...must have been some traumatic thing when I was a baby or something. Maybe some really ugly grownup tried to kiss me when I was little and had minty breath. ha

Grannyann: Naw that doesn't work..your hands are germy and then you hold the handle...so the germs travel up to the top where the brush part is anyway...there is no safe toothbrush, unless we would be like Monk and wash it in bleach and boiling water every day before using it. ha

Tatyana: You are new! Welcome aboard! Thank you for joining on as a Follower to the blog...I love having new folks join us and reading me on a regular basis. Plus you leave comments! Bonus!!

Speaking as one who has six mosquito bites on my right leg at the moment, I instantly homed in on your post today. I can testify that repellents don't work because I was covered in repellent and I still got bit and I'm allergic. Very interesting post with much to come back to. Ha Ha Ha, loved it.
Blessings, Star

Prickly pear also grows here in Texas, including the Hill Country. You can make jelly out of it, too.

Your armpit hair smells like coconut? I'd say it's time you laid off the pina coladas, girl!

Totally funny - thanks so much for the smiles (they look at me strangely when I emerge from my cube after uproarious laughter).

The toothbrush thing is VILE. Now I'll have to flush, rush across the bathroom to shield my toothbrush, then rush back, all with my underwear round my ankles. I will be sending you any medical bills. Anyway, surely there's a Texas law somewhere prohibiting the keeping of toothbrushes in bathrooms?

Dogwood grows all over around here, so I know a little about them, a very little. The berries may be edible but they don't look like they'd be very tasty.

Star: Thanks so much! I do trivia posts about 2 or 3 times a month..that is, until I run out of trivia. ha I am like you...I get huge welts from the mosquitos and have to put cortisone cream on them!

Jessica: You can laugh all you want in your cubicle, you shorttimer, you..only a FEW more days to your retirement: WOOT !!!!

Fran: You are a hoot! LOVED the visual of you running with your undies around your ankles. LMAO

Ratty: Yes, don't be eating any of those bitter berries...yuck. Stick to blueberries and strawberries!!

With regard to No. 8: Does this mean we can add the amount of calories watching tv to hose sleeping to get a total caloric expenditure? How many brownies will an hour of that equal?

Ramblin Mama: I like that idea! Brownies per hour is an interesting concept too. :-D